Happy Tuesday to everyone, and to the T gang at The Altered Book Lover. My daughter and I went to a restaurant in Norfolk called Doumar’s for an authentic curbside dining experience served by a waitress with a window tray for the car. The history behind the restaurant is very interesting, I hope you’ll enjoy it:

At the 1904 World’s Fair in St. Louis, Abe Doumar was struck by great inspiration. A traveling salesman, Abe spent his days selling paperweights to fair goers. One evening, he noticed that an ice cream stand had to close when they ran out of paper dishes, the primary way of selling ice cream to go. Nearby, another salesman was cooking up waffles on single-iron waffle maker and selling his creations, garnished with a dollop of whip cream.  On a whim, Abe bought a waffle, rolled it into a cone and topped it with ice cream. The result: the delicious and unforgettable combination of the warm sweetness of a fresh waffle and smooth ice cream. Abe diplomatically proposed that the ice cream vendor and waffle salesman collaborate so that the ice cream stand could continue operating. For the rest of the fair, Abe sold ice cream in the world’s first waffle cones.

An immigrant from Damascus, Syria, Abe brought over his parents and brothers to begin the family business he envisioned. With this experience at the World’s Fair in mind, Abe Doumar built the four-iron waffle machine that we still use today. In contrast to the single iron machines prevalent at the time, the four-iron machine allowed Abe to roll a waffle while three others cooked In 1905, Abe opened the first of what would become a chain of Doumar’s ice cream stands stretching from Coney Island to Jacksonville, Florida. Two years later, Abe and his brother George arrived in Norfolk to open a stand in Ocean View Amusement Park, the most popular oceanfront destination in the south until Miami Beach was constructed in 1925. The stand was launched during the 1907 Jamestown Exhibtion and soon became the most successful of all of the Doumar family’s stands, selling nearly 23,000 cones in one day alone. Eventually, Abe relocated to Norfolk because of its central location along the east coast and the rocketing success of his Ocean View stand.

With so much work involved with managing his far-flung operation, Abe passed along the primary responsibility for the Ocean View stand to his brother George. Responding to demand, George expanded the business into wholesaling cones in the 1920s. After a hurricane in 1933 destroyed much of Ocean View Park, George Doumar reopened Doumar’s at the current location on Monticello Avenue in 1934. To keep his business running year round, George added the classic sandwiches to the menu and began the curb service that Dou’s customers still enjoy today.

After serving in World War II, George’s sons Albert and Victor returned home to help with the family business. Although business was booming throughout the 1950s, troubling times were still ahead for Doumar’s. Suburbs became increasingly popular, distancing customers from Doumar’s central, downtown location, and major chains such as McDonald’s began to put competitive pressure on smaller, family-run operations like Dou’s. Some of the Doumar clan began to leave the business in the wake of worsening business conditions. Thankfully, Doumar’s persevered through the tough 1960s and 1970s and booming success returned to the local diner.

Although the menu has expanded since 1907 to include many more family favorites, from barbecue to limeades, Doumar’s still carries on the tradition of creating handmade waffle cones and ice cream. In fact, Doumar’s waffle cones are still made with the same recipe and waffle cone machine built by Abe Doumar.

Over the past 100 years, Doumar’s has become an historic Hampton Roads landmark, known for its friendly staff, delicious food, fun atmosphere, and, of course, inventing the world’s first waffle cone. Come by and enjoy a piece of Norfolk’s history and some of the best ice cream cones and barbecue around!

If you research more you’ll learn there are several people from the world’s fair who claim to have made the first cone, but I would like to think it’s Abe since I’ve eaten several cones made on the original machine 🙂

Here is our meal: Grilled cheese and fries for me and barbecue and fries for Sarah and we both ordered Limeades to drink…and ice cream cones for dessert of course! ~ YUM!

We have started the kitchen demo and today the office wall is coming down and moving over. Here are two pictures of the work in progress:

I hope to keep crafting and blogging as my craft room is in another part of the house ~ we shall see how it goes.

Stay well and Enjoy the week!

17 thoughts on “Doumar’s, and the walls are coming down” 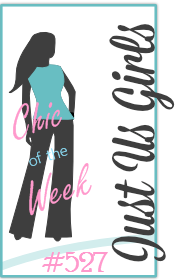 Moments of Crafting
Somewhere to be Me